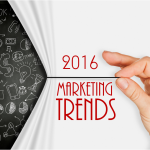 Many businesses expect 2016 as a new beginning for online strategies. Last 2015, businesses saw a lot changes in online advertising and social media including tweaks to SEO. If you don’t want to be left behind by the competitor, make improvements in your online marketing techniques.

Linkedin has long been plagued by spammers and marketers that the social media platform has decided to implement a long awaited improvement. LinkedIn groups will be for invitation only. Groups can be unlisted so that they will no longer appear in the search results. LinkedIn provides more opportunities to sell your products after it has streamlined groups properly. It has built the foundation for more sales in the future.

Facebook advertising does not always provide the best results. It can be real hard identifying your audience and you can never actually predict whether the advertisement will gain the attention of your audience. You can easily build a custom audience for your Facebook page through your email list. People who have been reading your Newsletters are more likely to be receptive enough to what you are selling. Never underestimate the power of email marketing because it is a great way to convince people who are undecided about your product.

Advertising needs a lot of finesse because people usually have different responses. It may appeal to some people but in some instances, it won’t get the response desired. It is important to split test every piece of your advertising. A split test divides the audience in half wherein one half will see one version of the ad while the other half will see a different version. Split test will require at least two or three variations of the ad so that if one is not working, the budget for the other ad can be increased. It is very unlikely that your first advertisement will be favorable.

Ribbons.com is your source for the versatile material that you can use for décor, gift wrapping and crafts.  If you want great ideas on how to craft ribbons, you can check out some of the post on Pinterest. You can emulate the crafts or it can be your source of inspiration.

The Challenge Of Cyber Attack Threats For Thousands Of Businesses 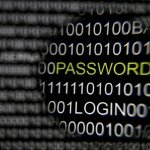 Moonfruit service is a company in the United Kingdom that allows small businesses to build websites and online stores through its templates. Moonfruit has announced last Thursday, December 10 that it has been threatened by a distributed denial of service (DDoS) attack. Its customer’s websites will be unavailable for about 12 hours due to infrastructure changes.

The problem begun when Moonfruit suffered from a 45-minute DDoS attack on its servers. During the attack, an organization that called itself Armada Collective contacted the company to demand a large amount of money. If they do not receive payment, they will be resuming the attack by Monday. After an investigation has been carried out on the group, it became clear to Moonfruit that the attacks will continue even if they were given the payment they demanded. There is also a possibility for the attacks to worsen so that they can demand more money.

Infrastructure changes will be the best protection against the attacks but unfortunately this will result in a great deal of inconvenience for the small businesses that are reliant on Moonfruit services. A lot of money can be lost from potential sales particularly since the holidays are just around the corner. It is incredibly bad timing for the online stores that are selling holiday gifts and cards.

It would have been better if Moonfruit has made upgrades to its infrastructure so that it will not be susceptible to attacks. The good thing is Moonfruit has decided to join the group of companies who refused to cave in to extortions. Nobody is happy with the downtime but the company is brave and courageous enough to stand up against its attackers. The company is working with law enforcement agencies and they are making all steps to ensure that work is completed as fast as possible.

Yes indeed, Christmas is just around the corner and if you have not packed your presents, your best option is a personalized paper bag. A paper bag saves you a lot of efforts and time in gift wrapping. All you need to do is place the gift inside the bag and add a gift tag.